Academy Air
A Name You Trust…

We Offer Only The Highest-Quality Products & Services

We Operate With A Strict Code of Ethics

We Implement The Latest Technology & Practices

$50 Off Any Electrical Repair

$50 OFF
What you get from Academy Air:
• 100% satisfaction guaranteed
• Diagnose the problem with your electrical system
• Present you with personalized solutions on what to do next
• We'll come to your home
(314) 798-7466

Call for Conditions and Restrictions/Present Coupon at Time of Service/All Academy Air installations come standard with our 100% customer satisfaction guarantee.**Communication of a coupon/discount is required when making the appointment before our technicians arrive at the home for redemption.

What Our Customers Are Saying

Great company, Great service, very thorough solid experienced electrical technicians were Kenny , Ben, Brian and Richard. The lights in my home were flickering and wouldn't remain steady it was scary, but by grace, I called Academy Air electrical service and they sent an electrical technician named Kenny, who came and examined the fuse box and said the Box needed to be updated, Kenny and the guys listed above came and updated the fuse box in my home not a small task. I was skeptical at first, because I was looking for a old man, they were young, but very knowledgeable,experience and through they knew what they were doing and they did a great job and the price was reasonable I would recommend them and Academy Air
elij96 s,  2023-02-02T03:24:12.050Z
Jake is great! He was very professional, detailed and thorough! He took his time to explain what he had done and made great recommendations on how to keep the system running smoothly.
Delight Deloney,  2023-02-01T20:06:21.825Z
Richard C came over and got me heat to running I was very pleased with the outcome thank you academy air
Linette Cayetano,  2023-02-01T19:14:13.117Z
I contracted Academy for my electrical needs. And they were super professional courteous and quick. Richard C and Alex B we're also friendly and knowledgeable. Would definitely use again and highly recommend.
bob g,  2023-01-31T19:33:36.776Z
Recently moved into new house and strong smell smoke when furnace on. Pete diagnosed blower motor broken and Jake installed next day. Didn’t have to go without heat on 20 degree day.
Kelly Main,  2023-01-31T15:30:01.457Z
Request Service 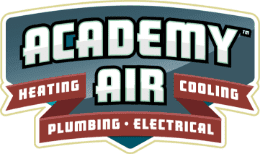